Blue Sky Veterinary Services, owned and operated by Dr. Paul Farrell, has been providing surgical services to veterinary hospitals in San Diego and the surrounding area since 1999. Our modern surgical facility, Animal Outpatient Surgery of San Diego, is conveniently located in Kearny Mesa.  We offer surgical options directly to pet owners. We have a special interest in canine cruciate ligament disease, and offer either lateral suture or TPLO for repair.  Our state of the art center houses sterile surgical suites, a dental/surgery wet table, and both high definition (16 bit) digital radiography and ultrasound for use in the surgical planning and post-operative care.

We are a practice limited to surgery, we do not provide vaccinations, wellness or sick pet exams, or other medical services.

Dr. Farrell has been serving the greater San Diego area with his mobile surgery service Blue Sky Veterinary services for over 20 years. A native of Buffalo New York, he spent 6 years doing large animal research at Cornell university before completing his veterinary degree at Wisconsin Veterinary School. With a passion for small animal surgery he opened Animal Outpatient Surgery of San Diego in 2016 with the goal of providing high quality and affordable surgical options for San Diego and surrounding communities. When he’s not running around in scrubs, you might find him racing across San Diego Bay at the helm of his racing sail boat! Or hanging out with his rescue Greyhound Fred and his cat Sam.

Tina has been a part of AOSSD since the start. With a background in small business administration she always knew she wanted to work with animals. In 1997 she made the jump and started her veterinary career. In only a few short years she became the lead technician with an emphasis on surgery and anesthesia. In 2012 she began helping Dr. Farrell on her days off and knew she found her calling. Since then she has been an integral part of AOSSD providing unmatched patient care and customer service. A grandmother of two amazing grandsons and servant to her kitties, Ziggy and Elliot.

Christopher has been working in veterinary medicine for 18 years. Since he was a young child he always knew he wanted to work with animals. After spending years in software development he decided to do what he truly loved. Like Tina he worked with Dr. Farrell on his days off. And in late 2020 decided it was time make AOSSD his new home. Christopher has spent years working in Operating rooms and has been a welcomed asset to AOSSD. He has lived in San Diego his whole life and has two children Luke and Rayna, a very cute chihuahua named Triscuit and a chameleon named Mr.T

Nicole Sill has been in the animal care and training industry for over 20 years. She started her career working at SeaWorld in the animal care departments and learning to be a vet tech for Banfield Veterinary Hospital and Wind and Sea Veterinary Hospital. In 2008 she started working for a contract animal training company that produced shows at all the SeaWorld’s and Busch Gardens around the country. Nicole has worked extensively with dogs, cats, birds, exotics and hoof stock at venues such as the Columbus Zoo in Ohio, SeaWorld Orlando and SeaWorld San Diego. She was the manager of SeaWorld San Diego’s beloved PetsRule show before it’s closing in 2019. She now trains marine mammals, has her own dog training business on the side and works part time at Animal Outpatient Surgery of San Diego.

Pictures of our beautiful facility! 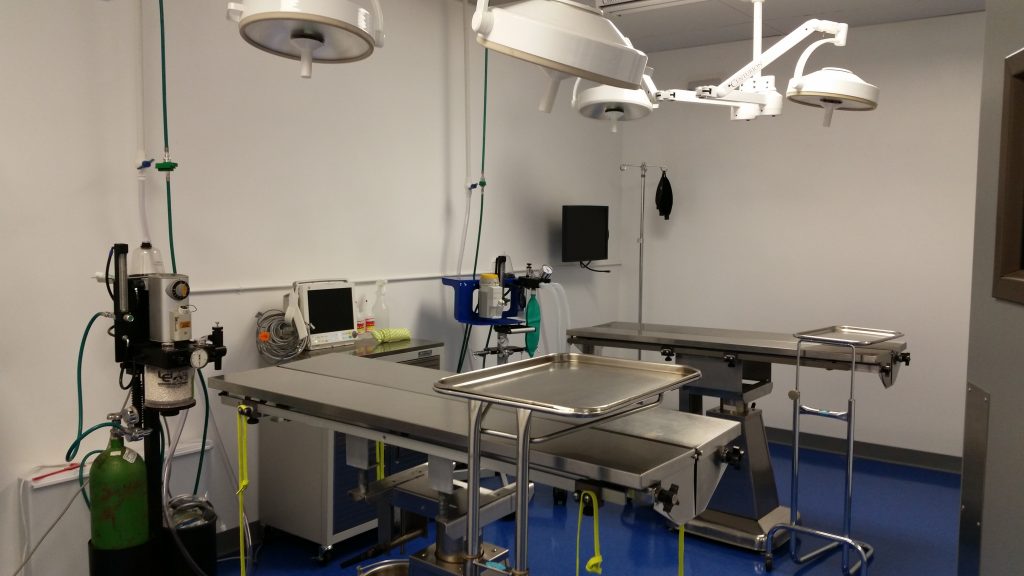 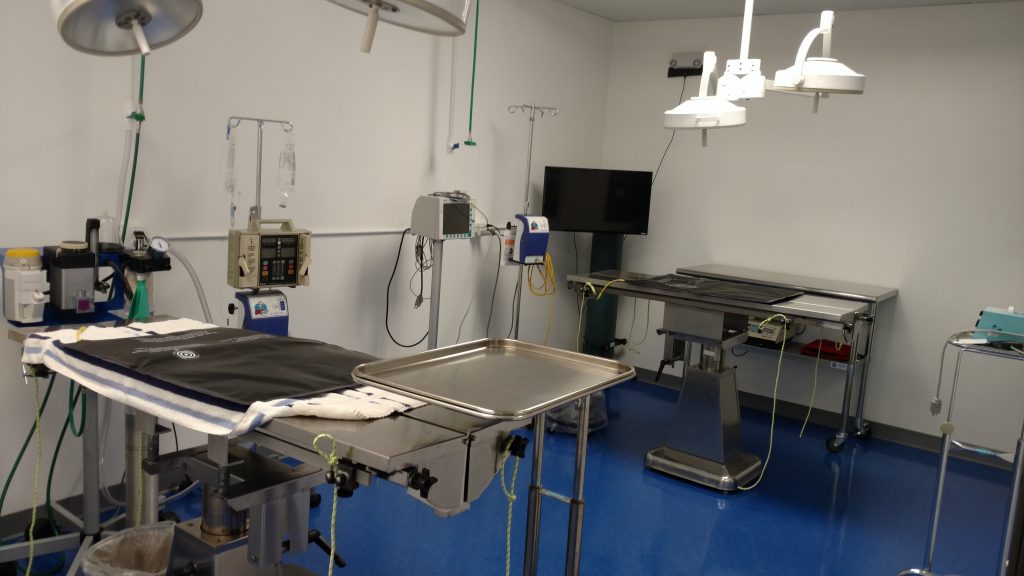 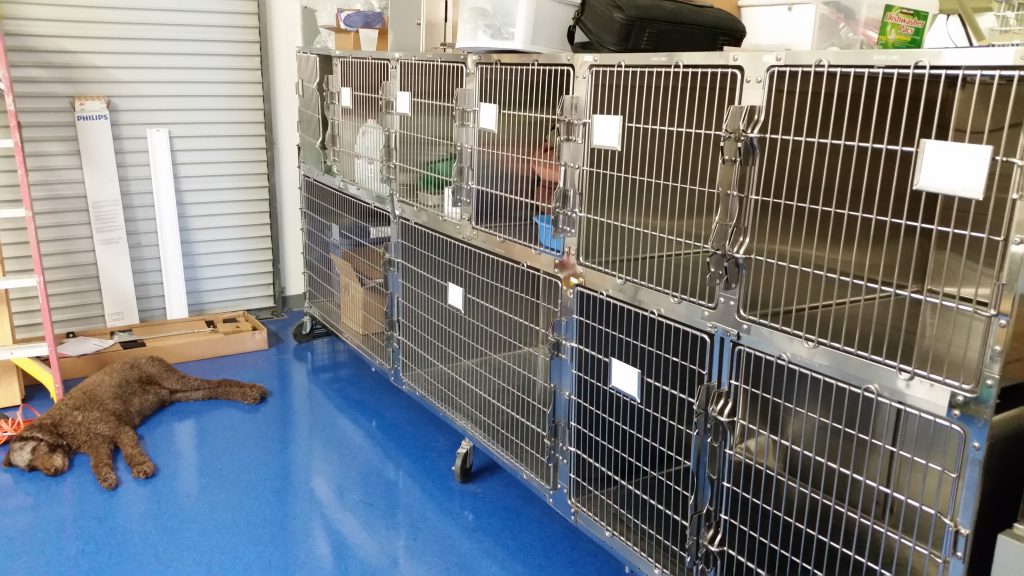 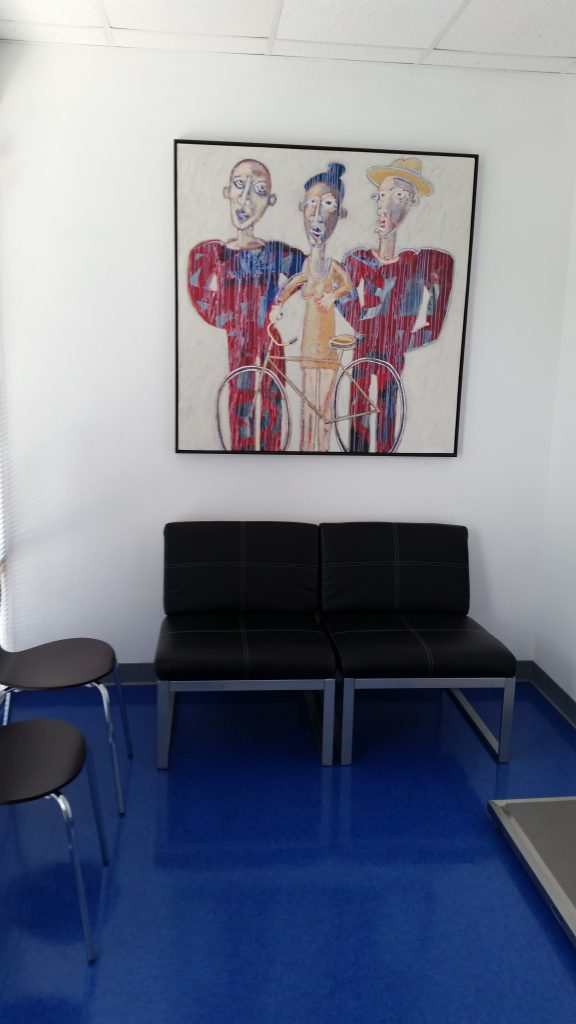 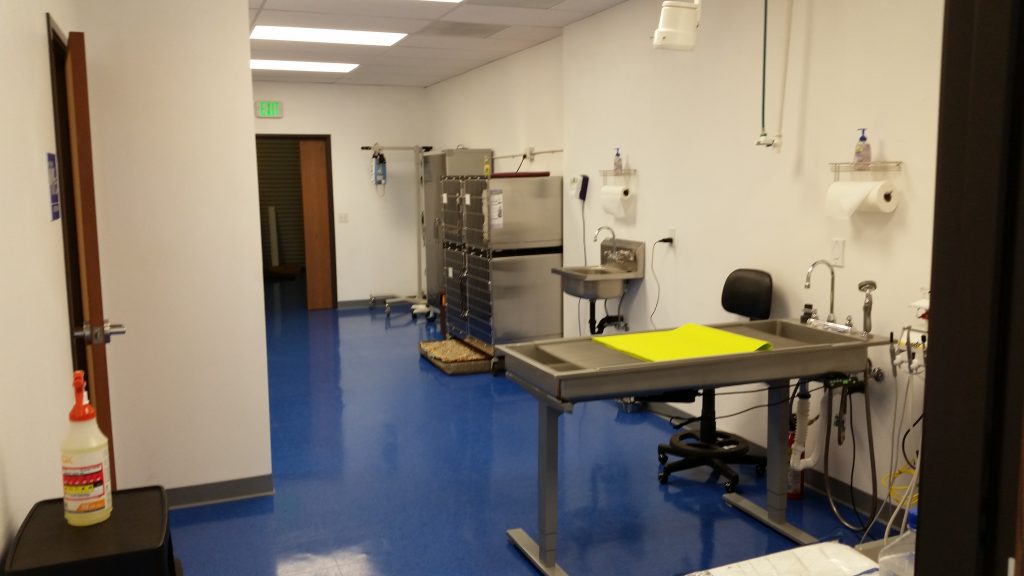 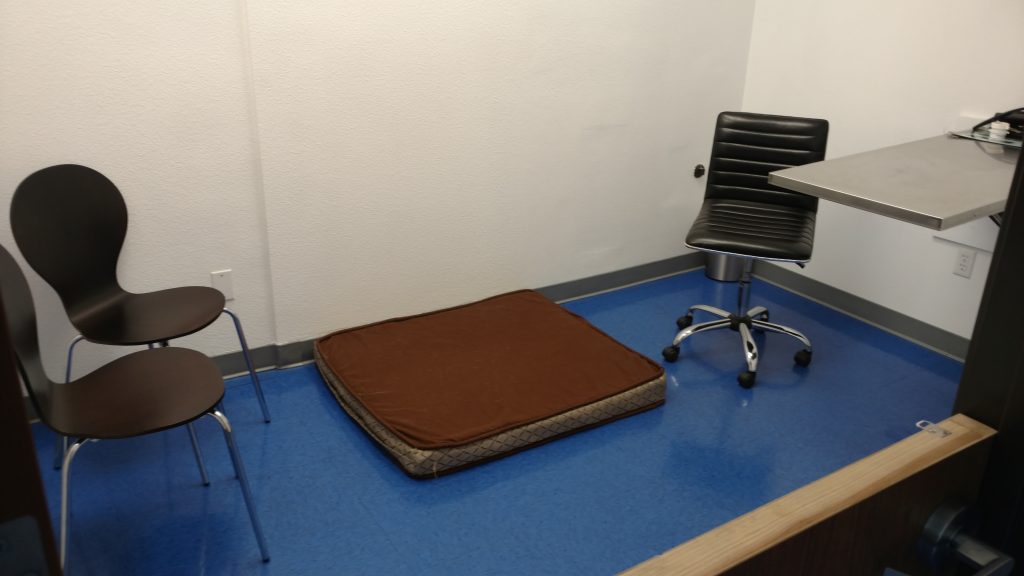 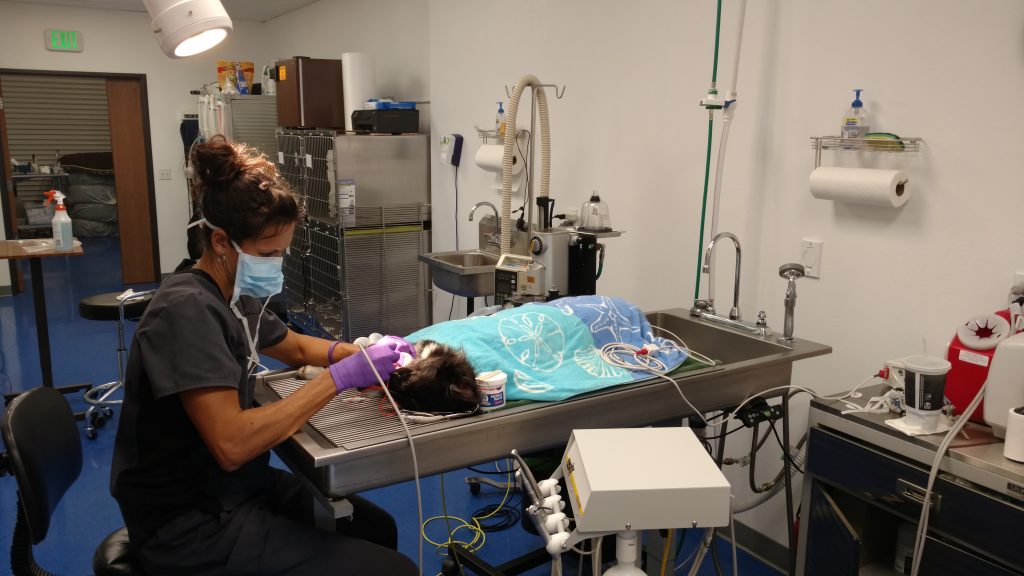 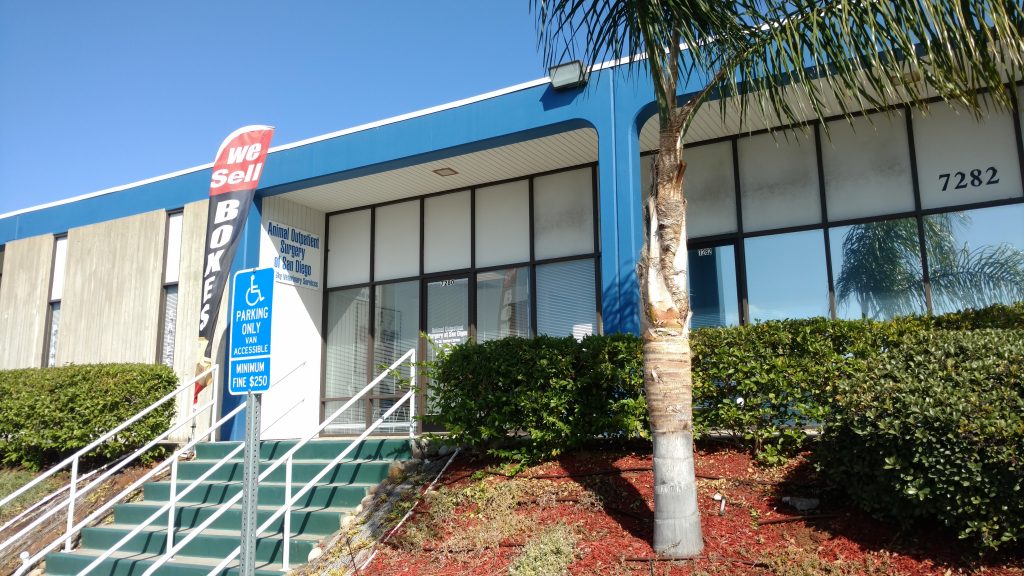 Welcome to our blog page. Here you will find stories of patients and other fun and exciting things that are happening at Animal Outpatient Surgery of San Diego.

Today we will look at one of many star patients. Coco is a 7 year old female boxer that presented to AOSSD with a torn cruciate ligament in her right knee.

Coco had a TPLO (Tibial Plateau Leveling Osteotomy) performed. For this surgery we cut the top of the tibia, with a crescent moon shaped saw blade, and then using a bone plate and screws we position the bone in a way that provides a more stable surface for the femur.

At Coco’s 2 week recheck we could already see great improvement and use of her right knee. Just look at that smiling face!